Pokot North
Simon and I arrived back safely from 10 days with our brethren in Pokot North after 11 p.m. last Thursday (5/4).  The Lord gave us a very encouraging time.
The 3 trained church leaders, Andrew, Joshua & Thomas.  They are doing well and are more settled in their work in the churches as they seek to learn to balance the demands of church and school.  With 11 Churches for which they are responsible they have so many opportunities for ministry, not to mention calls to go to new areas.
The 2 ‘missionaries’ and their families, Amos Wamukota and Isaiah Juma.  We have sent these 2 men to Kamketo and Kasei respectively to help in ministering to the many children in the Schools.  They are doing a valuable job.  The 2 Primary Schools in Kamketo and Kasei are boarding from Class 4-8, as are all the students in the Secondary School in Kasei.  Because of the privileges the Government gives us as the Sponsoring Church, they are able to minister to the students many times per week. 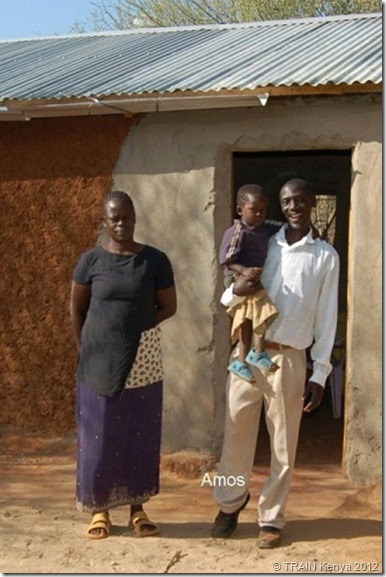 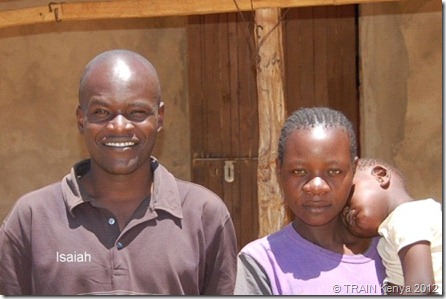 The 11 Churches, with at least 150 baptized members.  Each Church has a leader, but only the 3 above are trained, and none of the others have even been to Secondary School.  The small Church at Kapterema has suffered from unfaithful leaders over the years.  The venue has been moved to a new semi-permanent building adjacent to the School, and the present leader is pressing on, so we trust the Lord will give new contacts.   Kapkaghun is also struggling as the community seems just to be waiting for outsiders (me?) to get everything done. 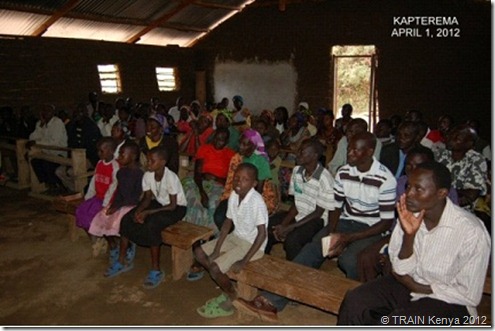 The 11 Nursery Schools.  The Government has finally started posting trained teachers that we now call Early Childhood Development (ECD).  However there are so many children involved that one teacher alone cannot cope.
The 9 Primary Schools.  There are more than 1,500 children enrolled in these Schools, and we help with salaries for more than 20 teachers, with the Government employing slightly fewer. 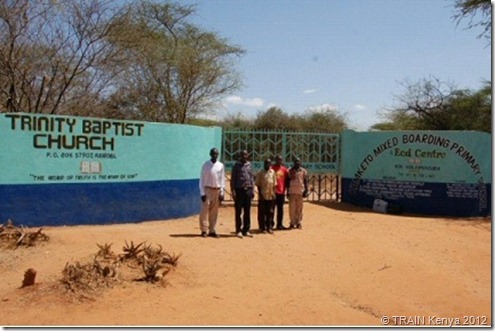 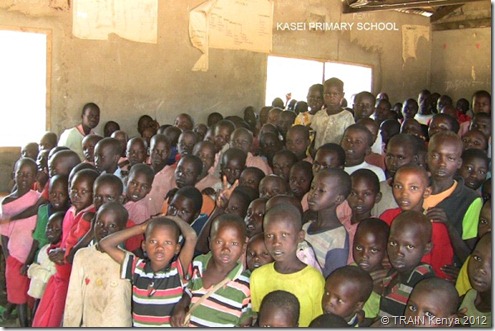 The Secondary School was encouraging.   Isaiah has an hour’s ministry with all 37 of them 3 times a week, and they all attend the Sunday service.  The Government has just sent a Principal, and the Church employs 2 teachers, and through fees 3 more are employed.  May the Lord save many of them as they are constantly exposed to the gospel.  There is still the opportunity to go and volunteer as a teacher there for a year.
One of the most encouraging times was talking with 2 men at Wasat.  The Gospel has only very recently come to this place and these men have started attending church.  I asked them Why?  They clearly stated that it is because of what they have seen since the church has come and the lives of some people (their wives) have been changed.  Two things have characterized what they called their horrible lives – cattle raiding from neighbouring communities (Turkana), and drunkenness.  They described what they used to do as they went as a group surrounded a village at night and waiting until 4 a.m. before opening fire and then taking the animals.  They reflected that we ourselves have wives and children and how awful if they were to be killed.  With the Gospel having come there is so much more peace in the community – what a great testimony to the power of the Prince of Peace!  Wanting to know how much they have grasped of the Gospel, I asked them if they think God could possibly forgive such wickedness.  When they affirmed this I wanted to know on what basis, as so many just think this is what God ought to do.  They were quite clear that it is on the basis of the cross of Christ where He died for our sins.  Sadly, such raiding still continues.  Just a few days earlier there had been a raid in which about 25 people were killed.  We rejoiced that there is a Gospel that proclaims salvation even to ‘the chief of sinners’.
The car gave me some problems.  On the Saturday we were to go up the track into the hills from Kasei to Korokou.  I found the clutch pedal on the floor and no pressure in the system.  I phoned my mechanic in Nairobi and he told me where to look for a fluid leak, but I could not find one.  Even to get the network at all one has to stand in a very specific place and still it cuts out from time to time.  There was only one solution, to call a mechanic from Makutano, 120 kms. south, the nearest available.  Hours later he arrived on the back of a motorbike (a common form of transport in these remoter areas), with the necessary seals, and within less than an hour it was fixed.  Kenya is such a resourceful country.
Two things are likely to bring change to the area.  First, electricity is on its way.  Ironically for a few decades there has been the massive Italian built hydro-electric dam at Turkwell Gorge, but as in so many parts of the world the immediate vicinity does not greatly benefit.  Second, there is the discovery of oil.  Much is being made of it, but even its economic feasibility has not yet been determined.
I plan a much fuller report on website on our website www.trinity.or.ke in due course.  You can now see our magazine Grace & Truth, and listen to some sermons.

Forthcoming Events
We have Ronald Kalifungwa, Pastor of Lusaka Baptist Church, Zambia, as our guest from 13th. to 21st. April.  Please PRAY for the following events.
Friday – The ‘Meaty Forum’ a Panel Discussion organized by our young people.  This is the first on ‘What is Truth and Where it is to be Found’ and is planned to be monthly.  It will be held near the town centre with the aim of reaching many young people in the institutions.
Saturday – A Men’s Breakfast at 8 a.m.  The daughter of one of our members is getting married and I am to preach at the wedding later in the morning.
Sunday – Pastor Kalifungwa will preach at both services, and at the Women’s Fellowship.  My only responsibility will be to start an Adult Sunday School class on Joel.
Monday-Thursday – The annual Pastors’ Conference on the theme of God’s Covenants.
Friday – Dine & Listen, our annual evangelistic event.

We thank the Lord for your fellowship in the Gospel of Christ.