Greetings in our Saviour’s name from Nairobi once again. We arrived back safely in Nairobi late last Tuesday night. As we came out of the plane into the terminal I remarked to Priscilla, ‘How wonderful to be back in the warmth again!’ When people here comment on how hot it is I can now tell them it is better than being in a freezer. We are thankful to the Lord for keeping us fit and healthy as we have hit the ground running. The next morning teaching in the PTC started, and apart from other duties Priscilla has had the issue of helping students with school fees.

We are also very thankful for our time in the UK with our 2 children and grandchildren. We must admit we were restricted by the coldness of the weather. We were also able to be in 4 different churches and with some other brethren, and we so much appreciated the Christian love we were shown. In our 17 days absence from Kenya the Lord greatly helped Pastor Murungi and other brethren in the ministry of the church. We are seeing such encouragements, from a number of new young people coming with such enthusiasm, 2 members who have moved in the church neighbourhood, 1 member returning to Nairobi, to the joy of seeing 2 former members visiting from abroad (USA & UK) still referring to this church as their ‘home’. Many brethren have made good new year’s resolutions and we trust the Lord will make them faithful to what they have promised and it will prove a great blessing to the church.

On Sunday I was very struck by the singing. We only sing hymns from Grace hymnbook, and without any accompaniment. Because choirs and endless choruses are the order of the day, we have always been a bit embarrassed by our singing; but now by God’s grace the brethren are giving themselves to making a joyful noise unto the Lord. A number come early to practice the hymns we are to sing in the service. 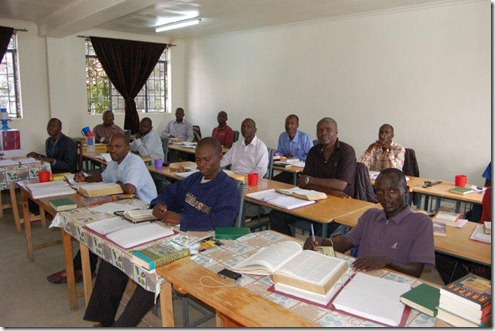 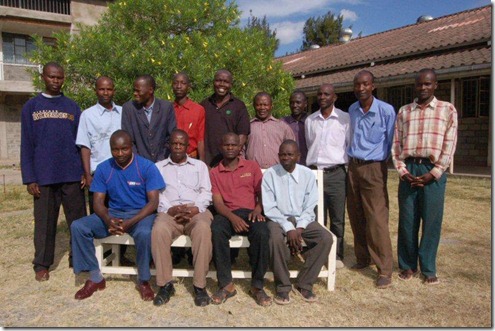 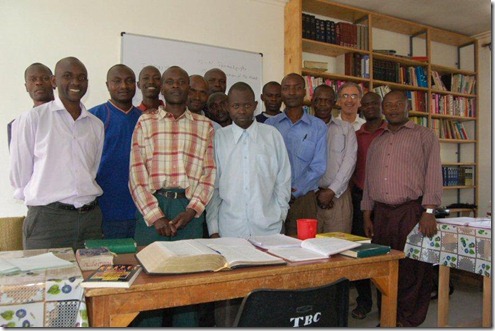 We continue to solicit your prayers. These are days of great opportunity and at the same time of opposition. We are so slow to learn that when we enter Satan’s territory he does not give up without a fight. This has proved to be so especially in Rendille where Raphael Bulkash has been labouring (Lontolio area). Recently the opposition became so great that his wife was attacked and he has had to move out of the area, at least temporarily. He is coming to see us in Nairobi on Wednesday and then I will be able to report more fully. Pastor Murungi and myself have so much to do and we need much wisdom from God, especially as Murungi is a 3rd. year student in the PTC.

We are thankful for your fellowship in the Lord Jesus Christ.