In the precious communication (No. 4) I wrote to you of a very full schedule for the visit of Geoffrey Thomas, pastor of our sending church in Aberystwyth, Wales. The Lord was so gracious to us in enabling us to accomplish everything planned, and we trust it was all of spiritual profit, and for His glory.

What an encouraging time we had visiting many of the church members, especially those who have been in the church for a long time. They have remained steadfast during the time of difficulty and they rejoiced to see Pastor Thomas again, a very old friend of the church.

Huston was joyfully baptized on 13th. February, having been converted mid-2010. He is a University student, who started attending the church about 3 months ago. Having heard Reformed teaching and Biblical exposition over the internet, he with others, longed to find a church in Nairobi where there was such preaching. From day one at least 5 of them have been present with excitement. What a joy and privilege this is for us. Huston leads a Bible study every week with about 50 young people and has been going through Romans. O that many would learn the truth of the grace of the Lord Jesus!

On 20th February our 2 new Deacons were formally set apart, Tom Nzevela and Nelson Munyiri. With the prospect of a further 2 later in the year, a team of good men will be able to take much away from us elders that we would like to give up.

The brethren found out that Pokot North is a remote place! For the last part of the journey they had to travel 4 hours in the back of a lorry, and a few had to arrive in the middle of the night on motorbikes, a form of ‘taxi’ becoming so common in Kenya. There were about 25 delegates representing at least 35 different congregations in various parts of Kenya. What was particularly exciting was the presence of 2 brothers from Katilu in Turkana, a people who have been enemies with the Pokot because of rustling each other’s cattle. Here they were united in Christ. 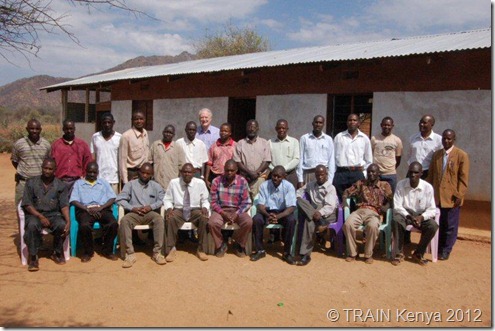 The 3 full days of meeting were fully occupied until late afternoon. With no electricity we sat outside under the bright full moon, talking and eating, and then called the hard-working women so that we could speak especially to them. Each morning begun with a devotion led by one of the brethren and then Geoff Thomas spoke 4 times on the wonderful Biblical truth of adoption. I also had one session in which I sought to encourage them to be preachers all the time through an exposition of 2 Timothy 4:2.

Tuesday afternoon we went the 10 km. up to Kasei to look at the new secondary school which has at last started with a few students (see picture), look at the church building, and visit the home of the leader, Joshua Sitet. Some also took the lorry a bit further to see if they could see the land of the Turkana to the east, but it was too hazy. 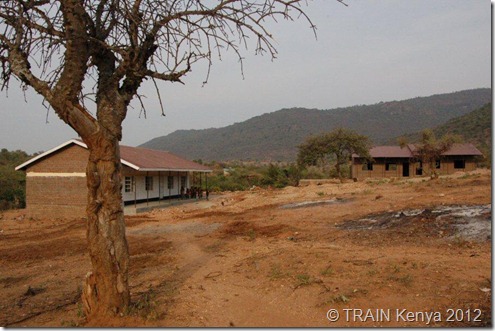 Wednesday after lunch we visited the Kamketo primary school which is adjacent to the church building where we were meeting. As we are the sponsors of the school we gathered the pupils together and Geoff spoke on 3 things they need to know: God created them, Sin ruined them, Grace restores them. 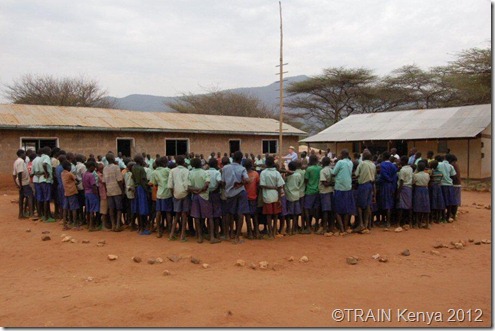 The last session, Thursday afternoon, was the Business Meeting, which went on for more than 5 hours! The chairman was the leader of the host church, Thomas Lokerisa of Kamketo. It was so encouraging to be a witness to the mature way the brethren conducted themselves, with no wrangling, rather much deference being shown to other brethren. For me the most important thing was the final report of the Reconciliation Committee. They had not been able to meet with the opposing brethren due to their unwillingness and this caused great sadness to us all. However, everyone agreed that the accusations were now to be put aside. As a result there was a new sense of unity and joy together, as this issue has sapped the strength of many.

God willing, I am going to Rendille for 10 days soon. There are 3 centres to visit:

Korr – Patrick Ochieng and family, and the established church

Lontolio – Raphael Bulkash and family, who has been forced to move to Ndigir because of constant opposition

Please keep praying for the triumph of the Gospel.