This will be our last general email for prayer for 2011.  As we look back, just as you do, we wish to give all the glory to the Lord.  So much has taken place, so many miles in 3 continents have been covered and all in safety, so much preaching and teaching has been done, and so many people have been talked with.  If anything has been accomplished out of all this, it has been the Lord alone.  It has in fact been a most encouraging year:
Our time in UK & USA with so many of you was spiritually refreshing and encouraging to us.  We thank the Lord for using you in this way for us.
The church in Nairobi has grown over the past year with the addition of many young people in their 20s who are eagerly looking for the doctrines of grace.  This we have not experienced in all the years we have been ministering in Kenya.
The Lord has upheld us in midst of increasing responsibilities, working with Pastor Murungi here in Nairobi, being fully responsible for the Pastoral Theological Course, and overseeing the growing works in Pokot North and Rendille.  I seem to be more busy than I have ever been!

December Ministry
Vacation Bible School. The work amongst children is the most needy aspect of our ministry.  We do not have more than 15 children under 12 who attend, yet we have a willing band of helpers.
Youth Retreat.  Up to 20 young people in their 20s had the use of a nearby house of one of the church members (she went away for the weekend!).  Although I only attended the last afternoon I am told it was so profitable as they listened to experienced brethren speak and discuss such areas as courtship, integrating in the local church, and work.  I listened in to a very mature discussion on attitudes to Sunday work by brethren who have been brought up in the church and who have had big struggles in this area.  We thank the Lord for such young people who have emerged from struggles in education and starting work to be mature Christians.
Christmas.  Because Christmas fell on a Sunday, we wished to emphasize that the Lord’s institution of the Sabbath should take priority over the man-made institution.  So we had our normal meetings and we were thankful how well they were attended.  Many went all the way ‘home’ outside Nairobi = the rural place where their parents and relatives have lived for generations.  I was able to fit in the normal exposition into the season by saying that Christ was born so that He might indwell all those who have faith in Him (Eph. 3:17).  We felt it was helpful not just to concentrate on the birth, but to meditate on the whole of saving ministry on our behalf.
New Year’s Eve.  This year all celebrations have been cancelled country-wide because of the prevailing security situation.  You may not be aware that Kenya has sent its army into its eastern neighbour to eliminate the insurgents who have abducted some foreigners.  Ultimately this would have had a serious impact on Kenya’s vital tourism industry.  There have been corresponding threats that a ‘mass-grave’ for Kenyans would have to be dug, and there have been some incidents of grenade throwing, even into churches.  So this is how the country will enter the New Year. 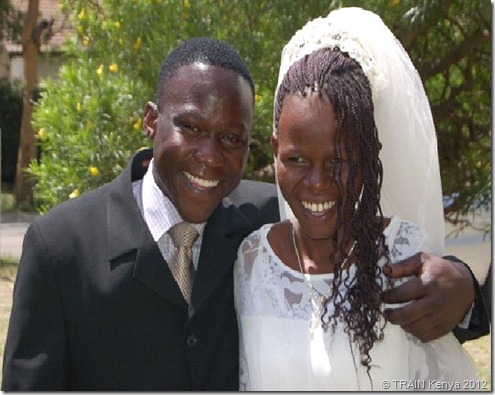 S0mal1 Brethren
(1)     Please pray for N, who has been a Christian for many years, but who had not openly confessed Christ before his relatives.  He has now done so and has received the expected rejection.  However, he is full of joy, like a great burden has been lifted off his shoulders.  He is aiming to come and live in the area near the church.  He came to Nairobi from S0mal1a a couple of years, with the agreement of his wife expecting to find work, but he did not.  Now that he is known as a Christian he certainly will not find it amongst his own community.  He obviously cannot return home, yet he cannot bring his family (wife + 3 children) here as he cannot support them.  We must therefore support him ourselves.
(2)    M in America, is doing well spiritually, but longs to be back in Kenya!  Of course, he first has to go through all the processes of resettlement.  He wants to be amongst his people preaching the gospel, as there is almost no one doing it.
(3)     A in Ethiopia, has been able to visit us 3 times this past year.  He has a great zeal for his people and continues to preach the gospel over the radio in his native tongue.  How long before there is a real turning to Christ by many in this community?

Pastoral Theological Course
We have been praying for help in teaching in 2012, but so far none has been forthcoming.  For the last few weeks I have been spending much of my time at my desk marking the work, so that I am up to date when they return on January 11th.  I have just one more Unit to do!  We are anticipating 2 new students joining us, with a number re-joining, i.e. they dropped out for one reason or another.  Despite the heavy load I am looking forward to the privilege of teaching about 12 men the word of God and seeing them grow in their understanding.  Although the written work of some of them is poor, all are growing in their appreciation of the Reformed Faith.

While you in Europe and the States have your winter, we are about to enter the hottest time of the year.  We have had good rain everywhere but now it is gone.  We will see if there is a good harvest everywhere to wipe out the famine conditions that have largely prevailed.  We are most thankful to those of you who have contributed for people in Rendille, and the money has been of great help.

Please keep praying for us, for without the Lord we can do nothing.

Your fellow-servants in Christ,